Here’s an interview I did with the Irish singer-songwriter Andy White, way back in October 2006… 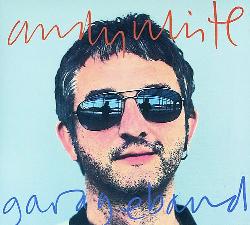 MARCUS: Your music has taken you around the world.  Have you always had a yearning to travel, or is it all part of the job?

ANDY: This is a long tour – two months from early October to early December. I arrive in Scotland from Holland, Germany, Denmark and so many concerts in England I have tried not to count them. I love playing, but it’s a lot of driving and when the roads clear and lead me up through the Lake District through Wordsworth and Coleridge’s country then I feel a new atmosphere settle around the tour. Either on the west or the east coast, I love the space of Scotland and it’s keenest up North of course. After I play the Highlands I go back to Edinburgh and then Ireland, Italy and Switzerland as winter draws in.

It’s a romantic life in one sense – liberating and liberated and I often feel that musicians are stuck in their late teenage years, which is useful in some respects and tough in others. I am lucky to do what I do. To be able to continue this tradition of wandering the world telling stories, sharing emotion and laughs too. I started knowing that the story of where I come from – Belfast – had to be told in the form which meant most to me – with good lyrics and a guitar.

It’s an Irish tradition and it is something we are good at – Bono is more famous than our prime minister. He and Bob Geldof are two of the people I respect most musically, socially and politically, and in Ireland I am somewhere on that ladder, and proud to be there.

Where do you call home now?

Melbourne, Australia. Introduced here when I played with Tim Finn and Liam O Maonlai as ALT – we recorded an album and toured Australia in the heady summertime of 1995. The album – ‘Altitude’ – is still one of my favourites. Fell in love with the place, had the chance to move a few years ago and took it.

When you’re touring the UK these days, you tend to make a point of visiting the Highlands.  What do the Highlands mean to you?

The Highlands mean many  things to me.  I first came to the Highlands at Rob Ellen’s invitation. There’s a wildness I love, and a calm too. Something very close to an idealized version of Northern Ireland. Space to move, room to think. History not far away. Beauty in the colours.

I remember some lads at a Highland Festival carrying the band’s gear as if it weighed nothing. Miles up a hill. Asked them where they were from “Ach Andy, we love yer music, we’re on parole from Elgin Prison, got let out fer the day!”

The late night session at Belladrum Roots Tent July 2005 was one of my top three band shows ever, by the way. And I have played a lot of shows.

How much of a business head do you need to sustain a career as an independent musician?

Nowadays it’s crucial and you need to have this from the off. I am glad I am not starting to write and play music in 2006. If you have or had a ‘name’ before the Internet age it’s OK to be told you’re too old and to get out of the house, then someone else calls you back and gives you another set of keys.

The set of keys for me was firstly the ability to sell your own CDs and secondly email. One means financial independence – instead of earning 50p per CD you immediately go to earning at least a fiver – the other means you don’t have to live in one particular place and you can look after things on the road.

You have worked with a range of musicians throughout your career.  Who will be you be touring the Highlands with this autumn?

Radoslav Lorkovic from Iowa City. We met in Italy on tour – he picked up my band from Milan airport in 1997 and Rad got on stage that night with his accordion. Joined us for three songs, and I am still playing with  him nine years later. A classically trained musician from a Croatian-American family, Radoslav is a virtuoso. His playing draws on a multitude of influences ranging from elegant classical and jazz styles to the rawest blues, country and soul – and he is featured all over the new album.

Love, travel and politics seem to have been the abiding themes of your songs since the early days in Ireland.  What are the key themes in your current work?

‘Boy 40’ was the 2003 album, about innocence & experience, being 40 still feeling like a teenager, war and peace, 12th July, the war on terrorism and …. Italian girls on mopeds. Weird growing up in Belfast in the middle of full-on terrorism – the real variety not the imagined one – and thinking we had left that all behind.

The new album is called ‘Garageband’.  I started it in June 2005. I had co-written many songs over the past 10 years. Dealing with and appreciating and sympathizing and empathizing with other people and … I came home to my place in Australia. Sat down with my guitar and opened the Garageband programme on my little white computer.

Hours flew by. In what seemed like the blink of an eye, I had written a song and done a whole arrangement. Next day I did the same thing, third day was the third song. It became for me an art project to write a song a day – I wrote ten songs in ten days and then four in four more days after a break, later in the year.

I went by ‘first thought, best thought’ on lyrics and music. The opposite of the collaboration thing I had been doing for a couple of years. It set me free, felt like when I was first writing music – except now with experience. As I said earlier, I think poets and artists are often trying to recapture the innocence & naivety present in childhood.

Rad and I played Peter Gabriel’s WOMAD Festival in the UK last year. After the festival the two of us plus Liam Bradley – Van Morrison’s drummer – booked into Real World Studios to play my Garageband songs.

I took the tapes back to Australia and worked on them over last summer from December to February. In March John Leckie mixed the album at Zoo Studio in Correggio, Italy. John has produced an album in everyone’s record collection – maybe something by Pink Floyd or his two biggest UK albums, ‘The Bends’ by Radiohead or the ‘Stone Roses’ album. We finished everything a year to the day since I opened up my computer and started writing.

Your album sleeves and website are punctuated by your unmistakable comic doodlings.  Have you always drawn cartoons?

The ‘line’ of Picasso or Genet … love it. I don’t have that but I do have something personal. Drawing gives me a lot of pleasure. I don’t really have any explanations for songs any more but I like to draw and put my thoughts on the web page.