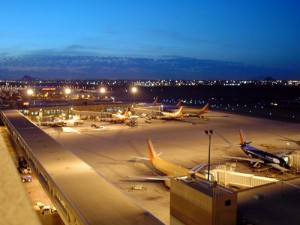 Greetings from Phoenix, where I have just arrived at the start of my month-long research sabbatical in Arizona.

So, why choose Arizona as a place to research into rural arts and audience development?  If truth be told, much of my destination decision hinged upon a Google search on the keywords “rural arts development”, plus some US contacts kindly recommended to me by the inspiring US arts researcher Alan Brown of WolfBrown Associates.

However, it quickly became apparent that Arizona actually has more in common with Scotland than one might first suppose.  For instance, both Scotland and Arizona have populations of around 5 million. Both have a large proportion of their population based in two urban centres. Both have challenges with geography and rurality – whether that is the deserts of sourthern Arizona, or the Highlands and Islands of northern Scotland. Both have strong cultural heritage including a minority language – the Gaelic of the Scots or the Navajo language of the south western States.

So, some similar context and challenges, and I hope to get an insight into other similarities and differences during my travels over the next four weeks.

You only realise how long the flight actually is once you’ve read half a book, watched three films (the eclectic mix of The Firm, WALL-E and The Love Guru, in my case), and there are still three hours of flight time still to go.

Having landed and been asked by various immigration and customs officials at Phoenix Sky Harbour Airport to try and explain the purpose of my visit several times, I managed to catch a cab to the Super 8 Motel where I’ll be spending my first four nights in downtown Phoenix.  The motel has something of the ambience of a Coen brothers film – but clean and comfortable nonetheless.

My main concern just now is trying to avoid jetlag.  I’m following a tip from my neighbouring passenger on the plane – an Arizonan who makes regular transatlantic treks – and trying to fight off sleep until a reasonably late hour.  Hopefully, I can wake up at a sensible time, as I have a trip to the Arizona State Fair planned tomorrow.