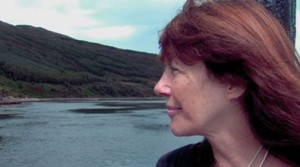 In December 2008, I had the great privilege of interviewing the folk singer/songwriter Vashti Bunyan for Northings Arts Journal.  Amongst other things, we discussed her journey to the Highlands and Islands four decades ago.

In July 1968, Vashti Bunyan had set off by horse and cart for the Isle of Skye, intent on leaving the London music business behind.  Her friend, Donovan, had talked of a Renaissance on the west coast of Scotland.

It was on this journey that the songs from her now seminal 1970 album Just Another Diamond Day were penned – although it took 30 years for the album to reach wide public acclaim. “Understand, the songs were the dreaming in verges of grimy roads”, writes Vashti.

Marcus: When you first set off on horse and cart to join an artists’ community on the Isle of Skye, what did you expect to find there?

Vashti: I’m not sure I can remember – it has all been so overlaid with Life since – but I think I had a hope of people living a harmonious existence, growing their own food and living their lives undisturbed by the disapproval of the society I was leaving behind.

Marcus: What was your connection with Donovan, who founded the community?

Vashti: My partner Robert Lewis was at art school with another painting student who had grown up with Donovan and was still one of his closest friends (and who incidentally still lives the life on Skye that we were all dreaming of), and so we got to know Donovan through him.

Marcus: It took you two years before you actually arrived on Skye, during which time you wrote, recorded and released the now seminal album Just Another Diamond Day. Can you describe that period?

Vashti: It was two summers travelling from London with the horse – and the worst of the winter between spent in the Lake District. I was looking for a different kind of education to the relatively sheltered one I’d had as a young person in London and I surely got it. No other way could I have learned about life the way I did. Living outside most of the time – cooking on fires on the ground, washing in rivers and burns, walking miles everyday and watching the landscape slowly change through industrial and rural England to the moorlands and highlands of Scotland.

Marcus: How important was the influence of the Hebrides and your travels in those early songs on the Diamond Day album?

Vashti: I had no idea what Skye or the Hebrides would be like – but I had always yearned for the freedom of the countryside and had romantic notions about farms and farmers and shepherds. By time I reached the Hebrides I had learned about the realities of farming and was an aspiring vegetarian.

Marcus: Did you find much of an artistic community in the Hebrides during your time there?

Vashti: No – and I think maybe that is what I loved about it. The art scene I had left behind in London had never appealed to me. I was looking for something different and certainly found it in the enormous wisdom and humour, and the story-telling, amongst the more elderly members of the island communities.

Marcus: Did you ever perform your music to audiences in the Hebrides?

Vashti: No – never. I was so overwhelmed by respect for the ancient music I heard there that my own songs seemed irrelevant.

Marcus: You have made Scotland and Ireland your home since negative early responses to the Diamond Day album in the media. Was this exile caused by your disillusionment with the music industry, or did you have a deeper calling to Scotland and Ireland?

Vashti: Disillusionment had been the cause of my leaving London and the music business before setting off on the horse and cart journey. When I wrote the songs that became the album Just Another Diamond Day I was not intending to record them – just to document the journey and to keep us walking along. I had no deeper calling to Scotland or Ireland, no. I have stayed in Central Scotland and latterly in Edinburgh because of the people I have become attached to here.

Marcus: Did you give up playing guitar and writing music entirely at this time?

Vashti: When the album also disappeared off into oblivion I just decided I was not a musician of any worth and should therefore stop. I didn’t pick up a guitar again (except to teach my oldest son to play) until I started writing songs again in about 2002.

Marcus: You have a background at art college, so were the visual arts an outlet for your creativity during this period?

Vashti: Both Robert and I tended to make our immediate surroundings as beautiful as we could with what was to hand. Robert continued to paint occasionally, but mostly we just wanted to make our lives match the pictures inside our heads.

Marcus: The responses to the 2000 re-release of Just Another Diamond Day and 2005’s Lookaftering album have been phenomenal. You now have a live band that includes Scottish musicians such as Jo Mango. How did you put the band together?

Vashti: I had been looking for a guitar player from the time Just Another Diamond Day was re-released in 2000 as I was slowly coming around to the idea of live performance. FatCat – the label who put out my second album Lookaftering in 2005 – had been sent a demo by Gareth Dickson from East Kilbride and they told me about him. I immediately loved the demo that they had put up on their website, and contacted him. He came over a couple of days later, and a month later we were performing at the Barbican in London, completely terrified, neither of us having done anything like that in our lives before.

He then introduced me to brilliant Jo Mango when we were offered a tour and needed a multi-instrumentalist. I already knew Fiona Brice the violinist and Ian Burdge the cellist – both from London. We set off for a European tour and had a wonderful time. Jo and Gareth and I have also been to the USA and to Australia and Japan. I admire them all so much – all of them distinctive musicians in their own right – and we play together from time to time as a band still. I hope once I have another album made we will be able to tour together again.

Marcus: Your new film charts your journey from those early “Diamond Days”, and takes you back to Berneray. Can you describe the film, and what it was like to be back in the Hebrides?

Vashti: It starts with Joe Boyd (the producer of Just Another Diamond Day introducing me at the Barbican show, telling some of the story of the long lost album and then goes into the car-journey that the director Kieran Evans and I made, revisiting some of the places that I remembered from the horse journey.

We reached Berneray on the most idyllic day – hot and sunny and still. Driving across the causeway which was not there when I was there – and then seeing the ruin of the cottage that Robert and I had lived in – and there being no gales or horizontal rain – made it feel quite surreal to me. Of course all my elderly friends are long gone and the island felt so very different but it still wove its spell and entranced me. We were only there for a few hours and I would like to go back again.

Marcus: And can we persuade you to come to the Highlands and Islands on your next tour? There are lots of great venues for music now on the Isles of Mull, Skye, Lewis and in Ullapool to name just a few places!

Vashti: Yes I have heard there are some good places to play. I have not played in Scotland much at all but maybe we will put that right next time.